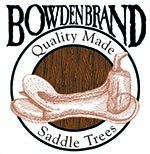 Francis Bowden began working at Standard Saddle Tree Co. in Vernal, UT in 1960.  He started out running the machines and advanced to building trees.  Learning all aspects of tree building gave Francis the foundation to eventually build his own business – almost literally from the ground up.

In 1973 Francis moved to Oregon with his wife and young family to work for Enterprise Saddle Tree Co where he stayed for about a year and a half. In 1974 he returned to Standard Saddle Tree Co where he built and managed the (Production) trees for the company.  In mid-1976 the owners of Standard asked Francis to partner with them to purchase and manage Ritter Saddletrees from owners Harlem Webb and Sons in El Paso, TX. The business was at that time located on Alameda Street in central El Paso. The company name was changed to Ritter Saddle Tree Co., Inc. In 1977 Francis relocated the business to Anthony, TX, where it remains almost 40 years later.

Ritter Saddletrees was named after P.Q.  Ritter, a noted saddletree maker from Oregon,  that came to El Paso to train the Webb family in the art of saddletree building. Ritter helped the Webbs establish their company in the late 1960’s. Due to the help and assistance he gave them, the Webbs named the company after their mentor P.Q. Ritter.

Those first years were challenging as all trees were hand made without the assistance of the machines. After approximately one year of hand making the trees, The first machines were built to aid in cutting out parts. In 1979 the entire shop/operation burned to the ground.  At this time Francis purchased the Ritter Saddletree Co., Inc,  from his partners.

Right after the fire Francis hardly missed a beat.  He rebuilt all the patterns and machinery from memory and was up and running again within 2-3 months.  The new machines were 2nd generation, improving on the original design. The company’s reputation for building exceptional trees was beginning to grow.   To identify his unique brand and bar design, Francis began labeling his trees as “BowdenBrand” (BB). During this time of change and growth, Francis’ sons joined him and the company began to grow in earnest. Over the next few years the 3rd generation of machines were built and during this period of time Ritter Saddle Tree Co. Inc.  really established their name in the tree building community as they became known for their quality and high standards.

In 2005 the company purchased their first CNC machine and began the lengthy transition process of digitizing the patterns for saddletree parts.  The improvements in fit from the CNC cut parts motivated the company to purchase a 2nd CNC machine in 2006. The rewards of using CNC parts translates to better accuracy and consistent fit meaning less work for the saddle builder.  While these machines have improved the production process and end product, we haven’t forgotten or set aside the skills necessary to hand-make a tree when needed. Many employees (tree builder and rawhide stitchers) have been with the company since its beginnings in 1976. This added experience adds to the overall value and beauty of our trees.

The art of Tree building is in our blood and is now an honored tradition for the Bowden family. We take pride in our product and the satisfaction of each customer is our primary goal as we move forward using new technology while maintaining old fashioned ideals.